Bittle is a small but agile and powerful robot dog. It is an ideal tool for learning, teaching and researching quadruped robots. With customized Arduino board coordinating all instinctive and sophisticated movements, you can clip on various sensors to bring in perception. You could also inject artificial intelligence capabilities by mounting a Raspberry Pi or other AI chips.

Bittle is a small but agile and powerful robot dog. It is an ideal tool for learning, teaching and researching quadruped robots. With customized Arduino board coordinating all instinctive and sophisticated movements, you can clip on various sensors to bring in perception. You could also inject artificial intelligence capabilities by mounting a Raspberry Pi or other AI chips.

This kit is Suitable for:

Bittle skeleton consist of 3D interlocking parts,which reduces the use of screws and makes it simple and beautiful.

Each component has gone through dozens of iterations of 3D printing. And we use high-strength injection molded parts to provide the best protection to prevent collisions and dust from entering (Bittle is not waterproof however). In the pressure test, the assembled robot can withstand adult stepping on it. You can learn more through the following gif.

Bittle supports graphical programming, C and Python. Whether you are a beginner or a senior engineer, you can give Bittle "life" in your own way. You can learn about the actions that Bittle can complete after programming it through the following gif. 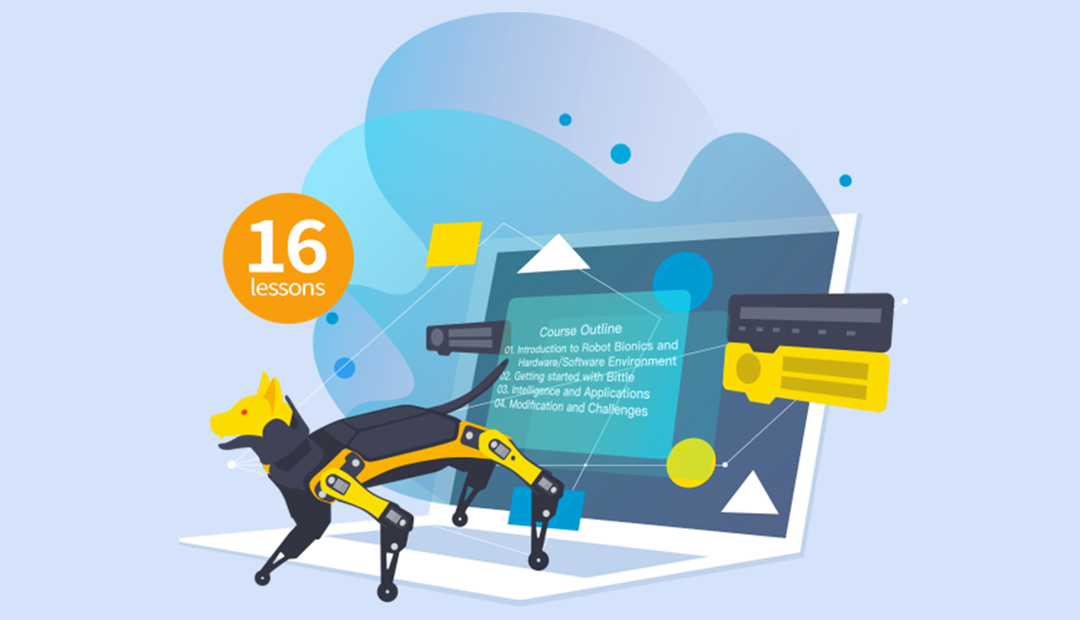 As a joint project between Petoi and TinkerGen, Bittle has a support of active online community, including forums, professionally written documentation and experts from the team ready to help users with issues if they arise. You can find up to date information about Bittle on https://www.tinkergen.com/ and online tutorials, projects and lesson ideas at TinkerGen Education Platform, Make2Learn.

Bittle's main board NyBoard V1 is a custom Arduino board with 4Pin connectors on the board. You can configure various Grove modules for Bittle to bring a totally new perception to Bittle. 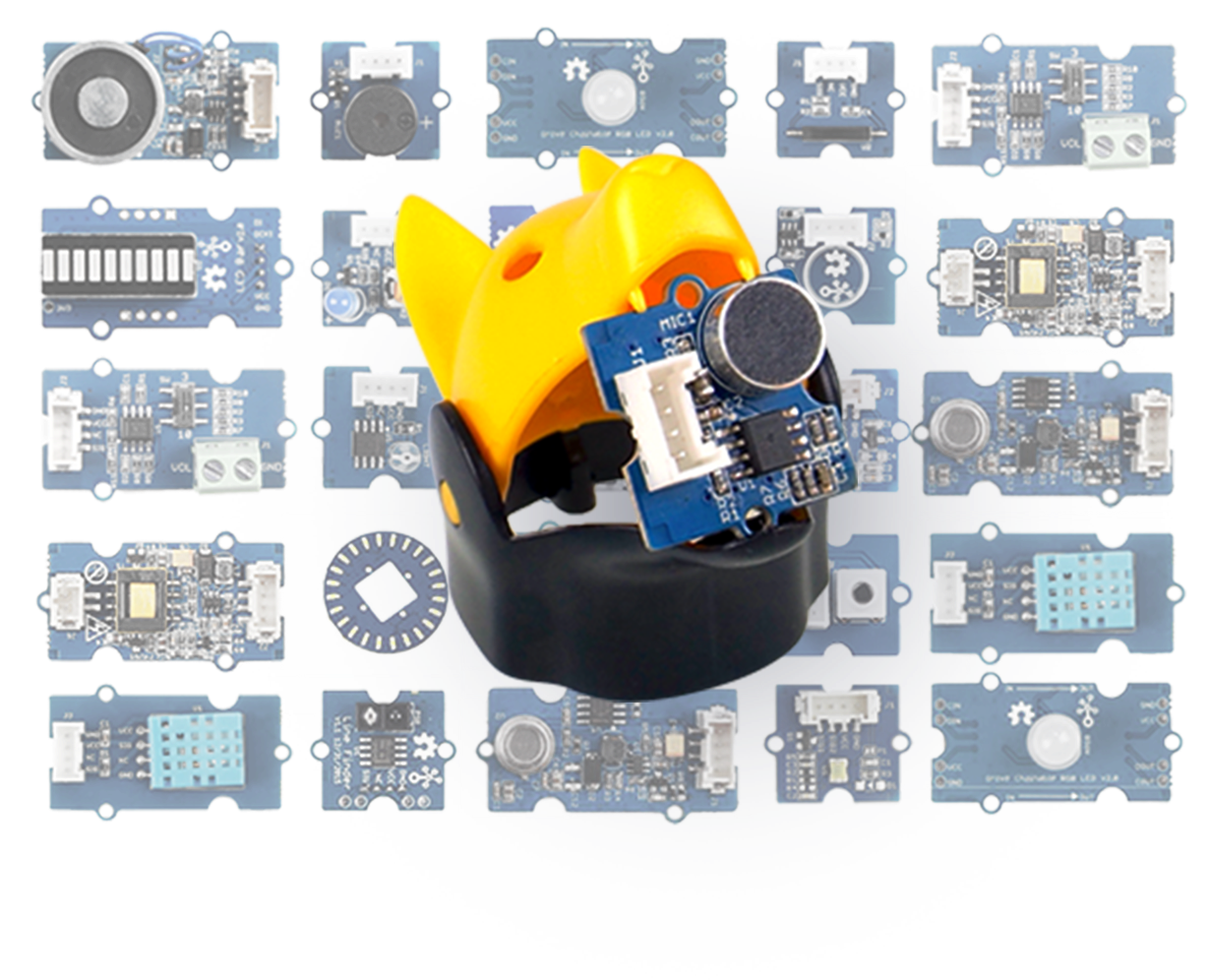 Bittle's main board NyBoard V1 is a custom Arduino board. The onboard 2x5 socket is used to connect the Raspberry Pi or other AI chips to bring intelligence into Bittle.

All robots, and our Bionic robot dog in particular, are complex electromechanical systems, comprised of multiple different components working all together. Just by looking at it, it’s hard to say how it can perform advanced movement functions. In this lesson we’re going to have an in-depth look at the modules that Bittle is made of and how they’re all interconnected.

Here are the main components you can see when you look at Bittle:
- servos in every joint, that needs to be moved, namely shoulder and hip joints and head pan joint
- battery installed under the belly
- mainboard with control chip and some modules under black cover 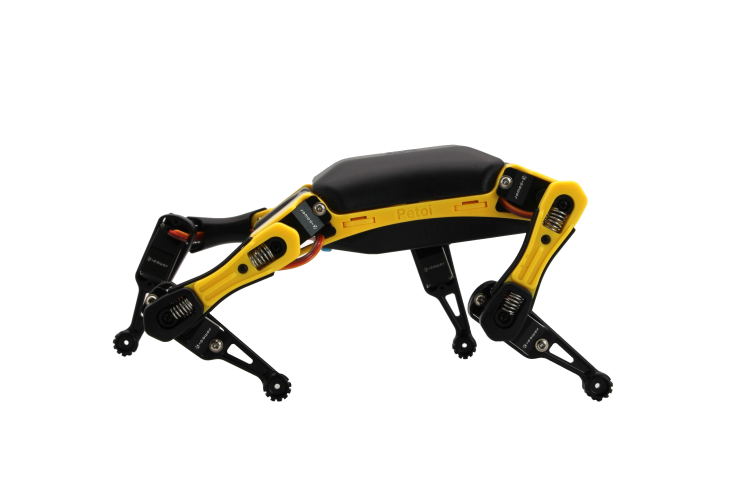 Servos are motors, that can be precisely controlled to be turned to a certain angle. A servo is very similar to electric motor - in fact it IS an electric motor with a controller chip, a potentiometer and gears for reducing speed all packed inside of plastic casing. 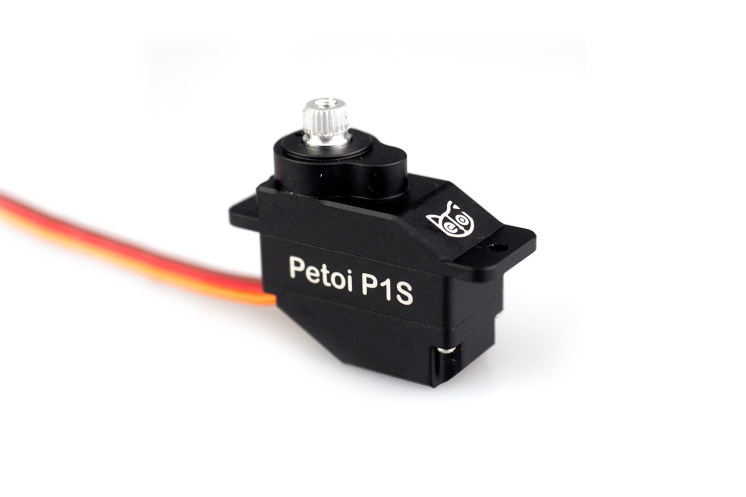 Potentiometer can be used to measure the angle of rotation of the shaft - and using control circuit we can move servo shaft to precise degree, unlike with simple DC motor, where we can only control the direction and speed. All that makes servos uniquely useful in robots applications. 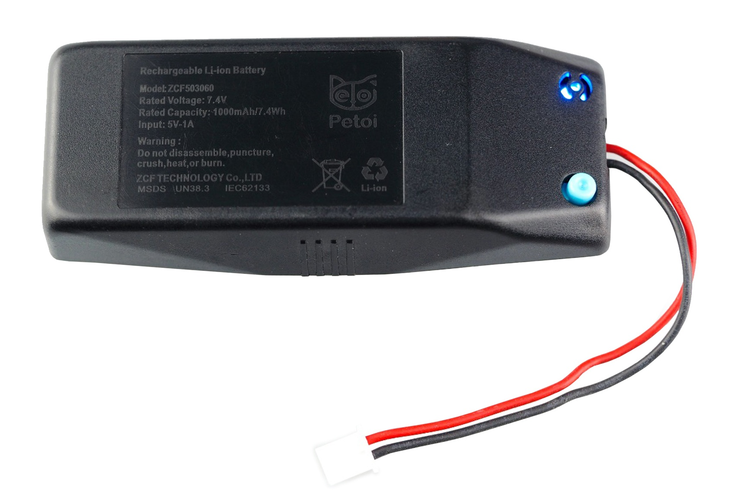 In the center of the board you can see another chip, PCA9685, which is used for controlling the servos. You can think of main control chip as the brain and servo driver chip as a spinal cord in mammals, responsible for motor coordination.

Additionally, on top of the board you can see four Grove connectors: two digital, one analog, and one I2C bus connector.

Finally, you also can see seven LEDs on top of the board.These are Neopixel RGB LEDs, each one of them can be addressed individually and its color can be changed. They are very useful for debugging and just look shiny!

What's in the Box

Bittle Kit Includes everything you need to make the robot dog up and running: 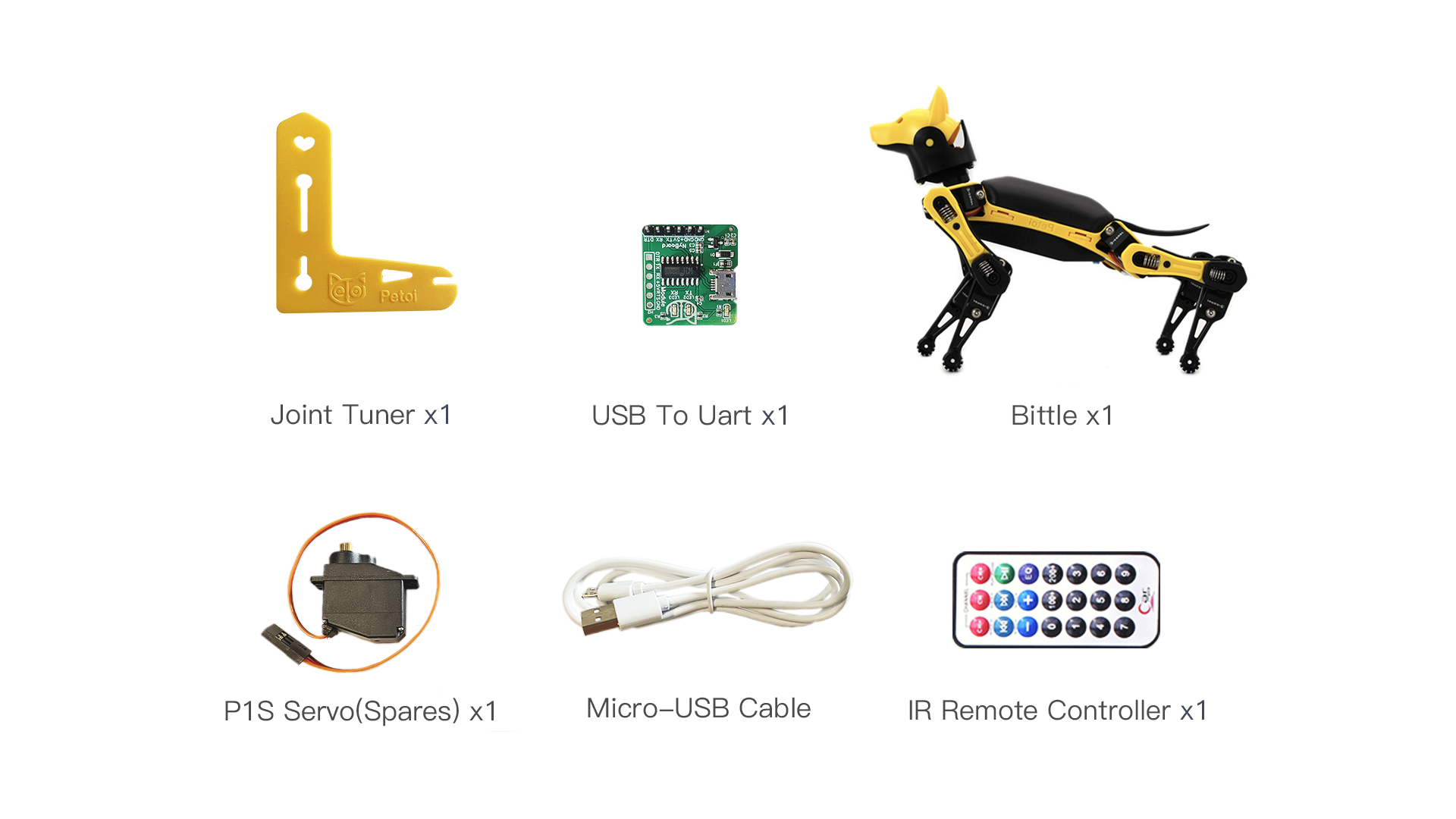 In the Pre-assembled kit, we have helped you install Bittle in advance, and burned the default program for Bittle. You just need to open the package, and you can use the remote control to control Bittle immediately